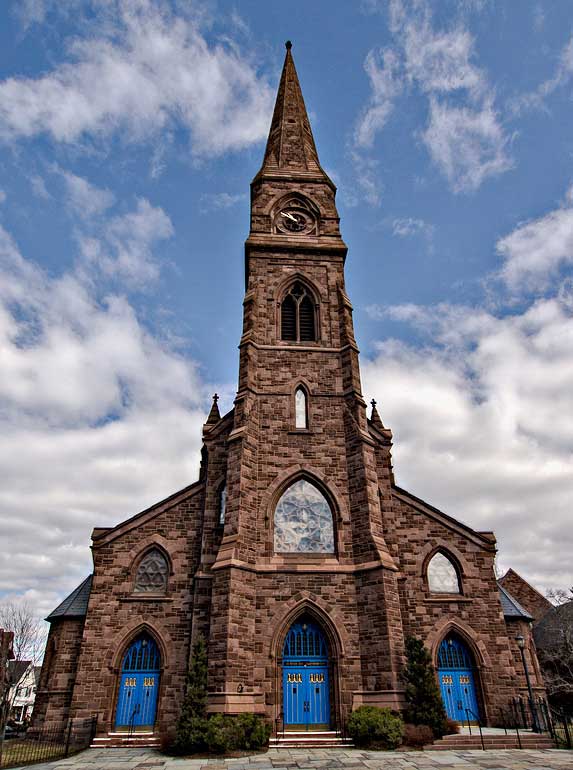 The year was 1976 and domestic violence was a growing issue in Connecticut. Women were calling rape crisis hotlines as no other hotlines were available at this time. Domestic Violence was considered a ‘family problem’ and adequate protective laws were not yet in place. Animal shelters had been around for decades yet women had no safe place to go.

Three groups of concerned Hartford women took action and started domestic violence support groups and hotlines, some from their own homes.

The women represented were from Asylum Hill Congregational Church, a support group for female victims led by Cecile Enrico, and a group of concerned community women. All saw the problem and wanted to help. All recognized the need for safety and services for victims of domestic violence and pledged to provide programs and support aimed at eliminating abuse. The three groups met and merged forces and in February of 1977 Interval House was incorporated with Cecile Enrico as the Executive Director.

In April of 1978, the 20-bed women’s safe house opened its doors in a confidential location to serve as an ‘interval’ of safety where women could assess their situation and make choices for themselves and their children. Since then, Interval House has made a positive difference in the lives of more than 225,000 women, children (and a small percentile of men) that have experienced psychological and physical abuse at the hands of a domestic or intimate partner.

Our nonprofit organization strives to prevent and break the cycle of abuse. On site, our crisis counselors are available to meet with the women upon arrival. Comprehensive domestic violence services are offered to clients free of charge.

A satellite office, known as Interval House East, opened in Manchester in February 1994 to better serve the 11 towns east of the Connecticut River. By establishing offices at locations more convenient for clients, Interval House is better able to provide direct services.

Gov. Malloy signs legislation strengthening CT’s DV and anti-stalking laws. Some of the changes include: 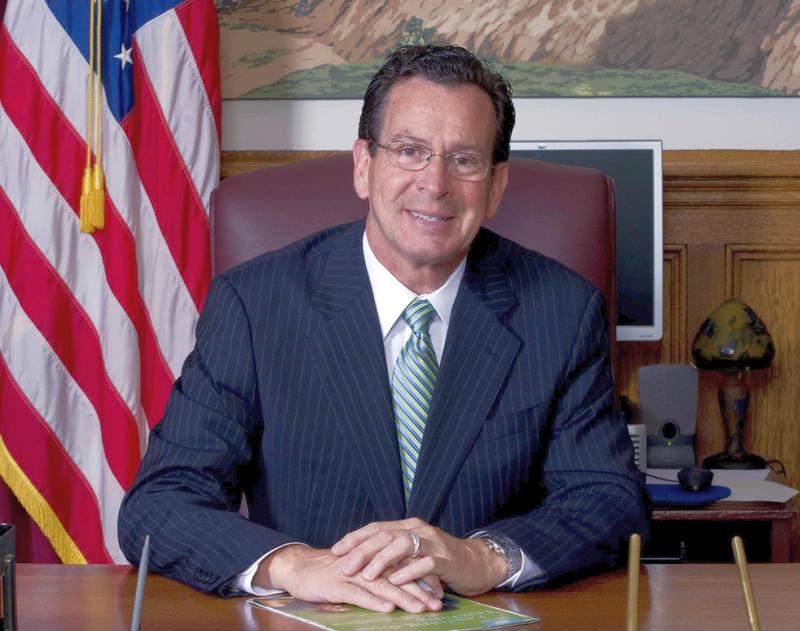 The Lethality Assessment Program (LAP) has expanded to include all of CCADV’s 18 member organizations and 88 police departments including the CT State Police and several college campus public safety departments.

IH partners with 21 departments and troops within their catchment area.

Ms. Foster has roots in domestic violence going back to 1989.

Cecile Enrico; longtime executive director and founding member of Interval House announces her retirement ending her nearly 40 years of service in the cause against domestic violence. 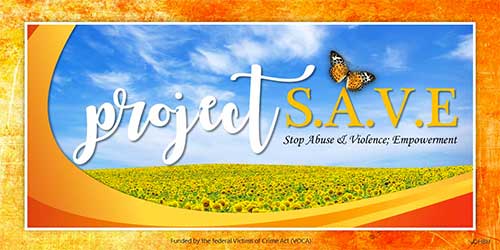 Legislation is passed requiring gun owners to surrender their firearms within 24 hours of being served with a temporary restraining order in domestic violence cases.

Current law requires gun owners to surrender their arms only if a judge issues a permanent restraining order, leaving guns in the home during the volatile period when a victim may be exiting an abusive relationship

Legislation goes into effect on January 1, 2015 that enables TRO applicants to include a request for an order of maintenance with their application.

CCADV announces a new statewide 24 hour hotline aimed at strengthening access to services for Spanish-speaking victims of domestic violence. The new Spanish hotline is a part of the existing toll-free hotline.

The Spanish hotline is housed out of Interval House and answers calls from throughout the state.

IH has the largest number of police departments in its catchment area.

Governor Dannel Malloy signs into law An Act Concerning Domestic Violence that strengthens protections for victims of domestic violence. Highlights include expanding the definition of stalking and increasing the length of civil restraining orders.

The Governor’s office invites Interval House advocates to attend the signing of this important legislation because of their hard work in helping to move the legislation to fruition.

Men Make a Difference, Men Against Domestic Violence campaign launched by IH with Attorney General Richard Blumenthal as its chairperson and a Founding Father.

Prominent men from Hartford area use their time, talent and experience to help promote awareness of DV and Interval House.

Bought Interval House building from the city of Hartford.

An Act Concerning Domestic Violence modified to include Conditions of Release (COR) that establishes release procedures for police officers to follow when someone is arrested for committing a family violence crime. Officers may set non-financial conditions of release and arrest those who violate those conditions.

Conditions of release work like a temporary Protective order and are valid until the suspect is arraigned
in court.

Legislation allowing courts to include pets to be included as protected parties on restraining orders and protective orders is passed.

An Act Concerning full Faith and Credit for foreign Orders of Protection. Requires courts to give FF&C to all valid U.S. orders of protection and courts and LE to enforce them as state orders.

Interval House is a founding member of East Central Multidisciplinary Team (ECMDT), a collaboration of agencies involved in the investigation of criminal level cases of child abuse in East Hartford, Glastonbury, Manchester, and South Windsor to improve the investigation and prosecution of cases, work to better protect children from further trauma, and identify system needs.

Interval House continues to serve on the executive committee.

An Act establishing Standing Criminal Restraining Orders (SCRO) is passed in CT. Violation constitutes a felony charge Judges may issue orders that remain in effect long term — until they are altered or revoked by the court.

IH and Manchester Police Department receive a grant from Community Oriented Policing Services (COPS) to form a
partnership. The Domestic Violence Outreach Team (DVOT) is formed. An IH advocate is housed full time at MPD headquarters and is paired with a DV officer.

The Lautenberg Amendment to the Gun Control Act of 1968 makes it a felony for those convicted of misdemeanor or felony crimes of domestic violence to have access to carry, and/or possess a firearm and / or ammunition.

Amendment applies to civilians, law enforcement and those enlisted in the armed services

Baby Emily is murdered at the hands of her mother’s boyfriend. Gov. Rowland establishes an independent commission to review the case. Cecile Enrico is appointed to the commission. The commission
makes a number of recommendations.

The 1st protocol to integrate domestic violence into DCF risk assessments is developed.

Violence Against Women Act passed by US Congress.

Three men appointed to the Board of Directors. First time male representation.

Spring: Major renovations to shelter (move back in January 1995)

Hotline, support group, counseling, information & referrals for victims of DV in 11 towns east of the river.

Surgeon General ranks abuse by husband to be the leading cause of injury to women ages 15-44.

Womenshare begins meeting again in Manchester after the original group moved to Hartford.

Received a 3 year grant to provide a first of its kind programs for victims, abusers, and couples.

Did not continue passed 3years for lack of funding

HIH had always provided advocacy in the court since its inception

Domestic Violence Prevention and Response Act(DVPR Act) passed by state legislature. One of most comprehensive pieces of DV legislation in the nation (mandatory arrest, Victim Advocates in court, police training)

Cecile Enrico, Executive Director honored at the White House by President Reagan for outstanding service to victims of crime.

First US woman to sue police in federal court on grounds they failed to stop her husband from assaulting her. Landmark Tracey Thurman wins her lawsuit.

Attacked by her husband, Tracy Thurman sues city of Torrington.

First Day of Unity Held (national observance). To mourn those who have suffered and died, rejoice with and celebrate those who have escaped and survived and thank all who have worked to end violence against all people. Later the month of October became Domestic Violence Awareness Month.

Grant from Hartford Foundation for Public Giving to open shelter.

Passage of legislation establishing Restraining Orders for wives against abusive husbands Cecile Enrico testified along with many others.

Vote to merge HIH board, BWSS and Womenshare as Hartford Interval House.

Volunteers from BWSS, Womenshare join HIH board of directors.

Hartford Interval House incorporated. A debate begins regarding having men represented on the newly formed Board of Directors

A SACS questionnaire about battering elicits responses from two women and drew the attention of local radio celebrity. Information first broadcast by Brad Davis on his popular rock & roll program

International Tribunal on Crimes Against Women held in Brussels.

Calls were received from battered women, in addition to victims of sexual assault.